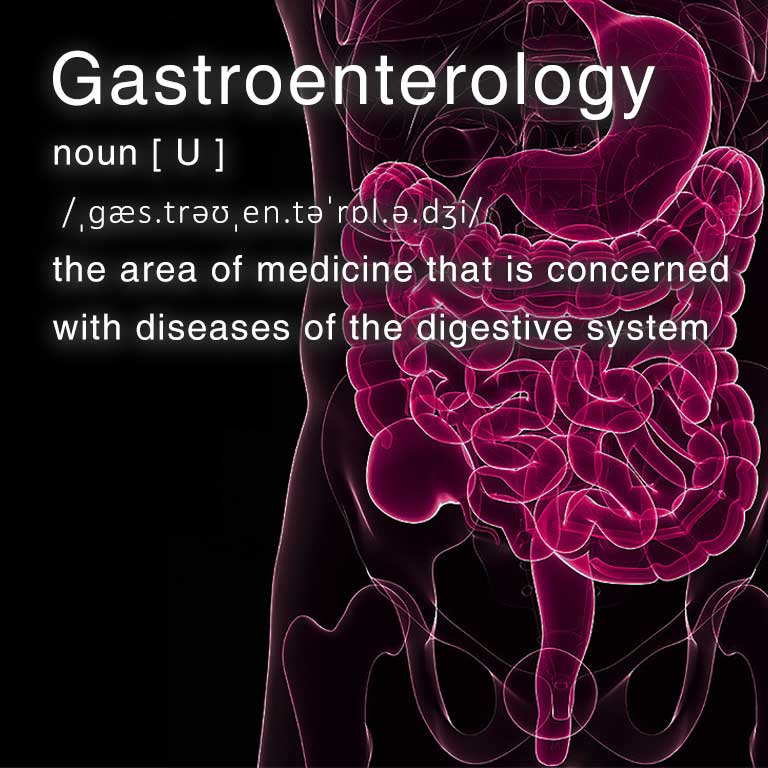 In Gastroenterology, we at North City Hospital diagnose, treat and care for diseases of the digestive system, particularly conditions related to liver disease, inflammatory bowel disease, nutritional support and other conditions requiring endoscopy. Our innovative and sophisticated endoscopy services provide leading edge diagnostic and therapeutics for gastrointestinal bleeding, pancreatic-biliary diseases and for colorectal cancer screening and prevention. And we have support of new imaging modalities like Nuclear Medicine, Interventional Radiology too.

What is Hepatits in Gastroenterology?

Hepatitis refers to the swelling of the liver. It can be caused by viral infections, chemicals, drug abuse, some medications and immune disorders. There are several forms of viral hepatitis including hepatitis A, B and C, which are caused by hepatitis A, B, and C viruses, respectively.

Each type of viral hepatitis is spread by different methods and needs different treatment.

Hepatitis A virus infection causes acute inflammation (swelling) of the liver and is a self-limiting disease with symptoms lasting for several weeks before the individual can recover completely. It leads to lifelong immunity.

Hepatitis C infection is responsible for the development of chronic liver disease worldwide. Most infected people can’t get rid of the virus, and thus the virus causes ongoing damage to the liver over the years. Similar to hepatitis B, hepatitis C can lead to chronic hepatitis, cirrhosis, liver failure and liver cancer.

Hepatitis A virus is transmitted through:

Hepatitis B can be acquired through:

Hepatitis C virus is mainly found in the blood and is transmitted when the blood of an infected person enters the bloodstream of a susceptible person, like drug users sharing contaminated needles.

Some hepatitis patients are asymptomatic. However, the general symptoms may include any of the following:

There is no specific treatment for hepatitis A but there are treatment measures that help improve your condition:

Treatment of hepatitis B depends on the symptoms and stage of your disease and includes:

Treatment of hepatitis C aims to delay its complications, and these include:

What is Hepatic Encephalopathy in Gastroenterology?

It is a decline in brain function that occurs as a result of severe liver disease. In this condition, your liver can’t adequately remove toxins from your blood. This causes a buildup of toxins in your bloodstream, which can lead to brain damage.

Acute hepatic encephalopathy develops because of severe liver disease. This mainly occurs in people with these conditions:

Acute hepatic encephalopathy may also be a sign of terminal liver failure.

Chronic hepatic encephalopathy may be permanent or recurrent.

Those with the recurrent version will have multiple episodes of hepatic encephalopathy throughout their lives. They’ll also require continuous treatment to help prevent the development of symptoms. Recurrent cases are usually seen in people with severe cirrhosis, or scarring of the liver.

Your liver removes toxic chemicals such as ammonia from your body. These toxins are left over when proteins are metabolized or broken down for use by various organs in your body. Your kidneys change these toxins into safer substances that are then removed through urination.

When your liver is damaged, it’s unable to filter out all the toxins. Toxins can then build up in your bloodstream and potentially get into your brain. Toxic buildup can also damage other organs and nerves.

Hepatic encephalopathy may be triggered by:

Get emergency medical help right away if you develop symptoms of severe hepatic encephalopathy. These symptoms can lead to a coma if they’re not treated quickly.

Treatment options for hepatic encephalopathy depend on the severity and underlying cause of the condition.

You’ll likely need to eat less protein if eating too much protein caused the condition. Since protein is necessary for your body to function properly, a dietician or doctor can create a diet that’ll allow you to get enough protein without making your symptoms worse. High-protein foods to avoid include:

Medications can also help slow the rate at which your blood absorbs toxins. Your doctor may prescribe antibiotics and lactulose (Enulose), a synthetic sugar. These medications can draw ammonia, created by intestinal bacteria from your blood, into your colon. Your body will then remove the blood from your colon.

In severe cases that cause difficulty breathing, a ventilator or oxygen mask may be necessary.

Some people with the condition may be eligible to receive a liver transplant.

People with chronic hepatic encephalopathy have better recovery rates than those with the acute version of the condition. The rate of recovery increases if you receive treatment before the condition gets worse.

Hepatic encephalopathy and its symptoms can be reversible with proper treatment.

To avoid getting viral hepatitis:

Pancreatitis in Gastroenterology is inflammation of the pancreas. It happens when digestive enzymes start digesting the pancreas itself. Pancreatitis can be acute or chronic. Either form is serious and can lead to complications. Acute pancreatitis occurs suddenly and usually goes away in a few days with treatment.

Symptoms and Diagnosis of Pancreatitis

Treatment for acute or chronic pancreatitis may include

Your doctor may send you to a gastroenterologist or surgeon for one of the following treatments, depending on the type of pancreatitis that you have.

Mild acute pancreatitis usually goes away in a few days with rest and treatment. If your pancreatitis is more severe, your treatment may also include:

Procedures: Your doctor or specialist will drain fluid in your abdomen if you have an abscess or infected pseudocyst NIH external link, or a large pseudocyst causing pain or bleeding. Your doctor may remove damaged tissue from your pancreas.

Your doctor may prescribe or provide the following:

Medicines and vitamins: Your doctor may give you enzyme pills to help with digestion, or vitamins NIH external link A, D, E, and K if you have malabsorption. He or she may also give you vitamin B-12 NIH external link shots if you need them.

Treatment for diabetes: Chronic pancreatitis may cause diabetes. If you get diabetes, your doctor and health care team will work with you to create an eating plan and a routine of medicine, blood glucose monitoring, and regular checkups.

Surgery: Your doctor may recommend surgery to relieve pressure or blockage in your pancreatic duct, or to remove a damaged or infected part of your pancreas. Surgery is done in a hospital, where you may have to stay a few days.

Irritable Bowel Syndrome (IBS) in Gastroenterology is a chronic disorder that affects the colon (large intestine). It affects the normal functioning of the colon, and causes lots of discomfort and pain, changes in bowel habits (constipation or diarrhea), gassiness and bloating. Irritable Bowel Syndrome is not life-threatening as it does not lead to permanent damage to the colon, intestinal bleeding, or serious complications such as cancer.

There is no exact cause for Irritable Bowel Syndrome but people suffering from the disease tend to report one of the following conditions:

There are other risk factors that increase the chance of Irritable Bowel Syndrome, and these include:

The symptoms of Irritable Bowel Syndrome can vary greatly between affected individuals. Your symptoms can range from mild to disabling, and these include:

There are also less common symptoms of Irritable Bowel Syndrome such as general tiredness, backache, headache, sweating, nausea, vomiting and having pain when going to the toilet.

Our team of Experts in Gastroenterology

In gastroenterology A procedure that allows your doctor to look at the inside lining of your esophagus, your stomach, and the first part of your small intestine. You have to fast before the endoscopy.

Preparation – You will need to stop drinking and eating four to eight hours before your endoscopy to ensure your stomach is empty for the procedure. For details please contact our Gastroenterology department.

In gastroenterology a test that allows your doctor to look at the inner lining of your large intestine. Don’t eat solid foods. Instead, consume only clear liquids like clear broth or bouillon, black coffee or tea, clear juice (apple, white grape), clear soft drinks

Preparation – Don’t eat solid foods. Instead, consume only clear liquids like clear broth or bouillon, black coffee or tea, clear juice (apple, white grape), clear soft drinks. On the night before the procedure or in the morning of procedure you have to drink one PEGLEC powder mixed in 2 litre of plain water. For details please contact our Gastroenterology department.

In gastroenterology a procedure used to see inside the sigmoid colon and rectum.

Preparation – Don’t eat solid foods. Instead, consume only clear liquids like clear broth or bouillon, black coffee or tea, clear juice (apple, white grape), clear soft drinks. On the night before the procedure or in the morning of procedure you have to drink one PEGLEC powder mixed in 2 litre of plain water. For details please contact our Gastroenterology department.

It is a technique that combines the use of endoscopy and fluoroscopy to diagnose and treat certain problems of the biliary or pancreatic ductal systems.

To keep the bile duct open which has been fully or partially blocked mostly in cases of malignant or benign lesion in the common bile duct, a narrow metal or plastic tube is inserted.

The most common treatment for gallstones in the bile duct is biliary endoscopic sphincterotomy (BES). During a BES procedure, a balloon- or basket-type device is inserted into the bile duct and used to extract the stone or stones.

An MRCP test is a specialized MRI exam that evaluates the hepatiobiliary and pancreatic systems, including the liver, gallbladder, bile ducts, pancreas and pancreatic duct. MRCP stands for Magnetic Resonance Cholangiopancreatography: Cholangio = bile vessel. Pancreato = pancreas. It is noninvasive and does not use ionizing radiation.

A triphasic or triple phase, CT scan is an enhanced CT technique mostly used to evaluate liver lesions. This technique acquires images at 3 different time points, or phases, following the administration of a contrast.

Computed tomography (CT) of the abdomen and pelvis is a diagnostic imaging test used to help detect diseases of the small bowel, colon and other internal organs and is often used to determine the cause of unexplained pain. CT scanning is fast, painless, noninvasive and accurate.

For this reason, in GI system PET CT are useful both for detecting cancer and for:

A HIDA scan, also called cholescintigraphy or hepatobiliary scintigraphy, is an imaging test used to view the liver, gallbladder, bile ducts, and small intestine. The scan involves injecting a radioactive tracer into a person’s vein. The tracer travels through the bloodstream into the body parts listed above. A HIDA scan might help in the diagnosis of several diseases and conditions, such as: Gallbladder inflammation (cholecystitis) Bile duct obstruction. Congenital abnormalities in the bile ducts, such as biliary atresia

Go back to Specialities 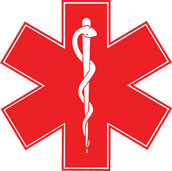 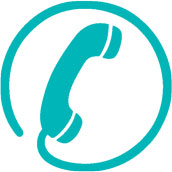 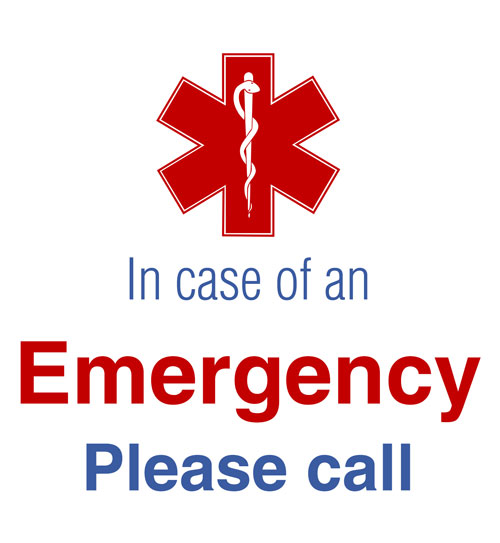